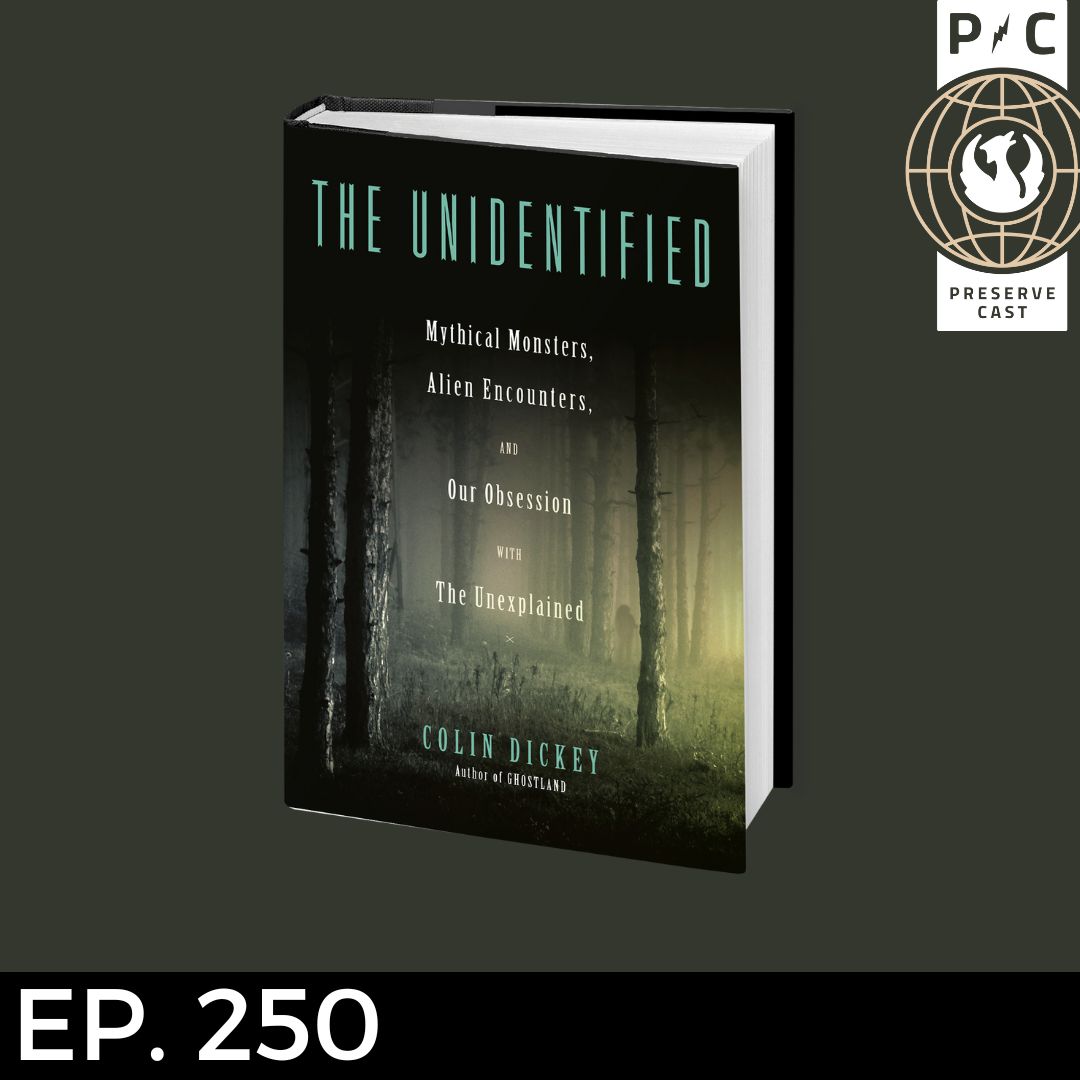 In a world where rational, scientific explanations are more available than ever, belief in the unprovable and irrational–in fringe–is on the rise: from Atlantis to aliens, from Flat Earth to the Loch Ness monster, the list goes on. Enter Colin Dickey, Cultural Historian and Tour Guide of the Weird. With the same curiosity and insight that made Ghostland a hit with readers and critics, Colin looks at what all fringe beliefs have in common, explaining that today’s Illuminati is yesterday’s Flat Earth: the attempt to find meaning in a world stripped of wonder. On this week’s PreserveCast things are about to get weird as we enter spooky season with The Unidentified: Mythical Monsters, Alien Encounters, and Our Obsession with the Unexplained.

Colin Dickey is a writer, speaker, and academic, and has made a career out of collecting unusual objects and hidden histories all over the country. He’s a regular contributor to the LA Review of Books and Lapham’s Quarterly, and is the co-editor of The Morbid Anatomy Anthology. He is also a member of the Order of the Good Death, a collective of artists, writers, and death industry professionals interested in improving the Western world’s relationship with mortality. With a PhD in comparative literature from the University of Southern California, he is an associate professor of creative writing at National University.