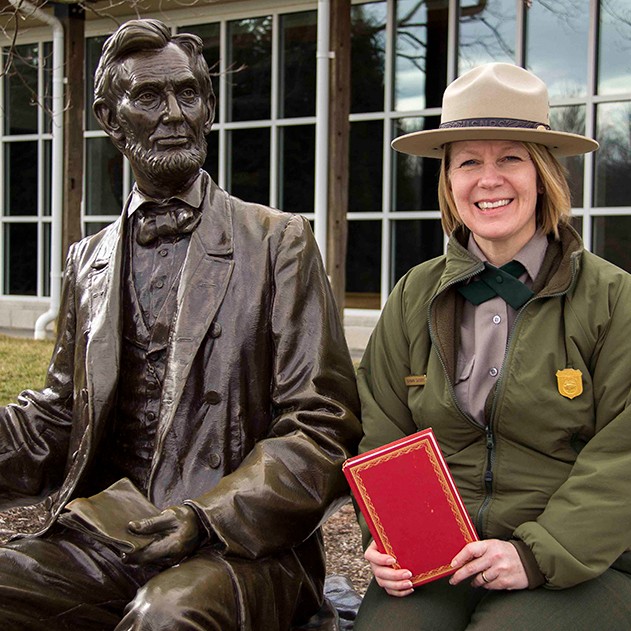 Few names are as synonymous with the Civil War as Gettysburg. For many Americans, Gettysburg is the Civil War – a touchstone of American history that has captured the imagination and interest of the nation since the battle was fought over 150 years ago. Today’s guest, Barbara Sanders, has worked for the National Park Service at the iconic battlefield for nearly twenty years where she’s helped thousands of young visitors learn about the meaning, value and importance of this now peaceful field. On this week’s PreserveCast we’re taking a trip back to 1863 to talk youth education and Civil War history.

Barbara Sanders has been Gettysburg National Military Park’s Education Specialist since 1999, where she oversees thousands of students visiting the park each year – whether in-person or on virtual field trips. In addition, the park annually offers professional development opportunities for teachers, classroom loan materials and more. Barbara was the educator on the project team for the planning and construction of the visitor center and museum, which included the concept and design for exhibits, films and computer interactive elements. Barbara began her career within the museums of Philadelphia, and she then moved to Washington, D.C. to earn a Master of Arts in Teaching degree from The George Washington University’s Museum Education program. She was recently awarded the National Park Service Northeast Region’s Freeman Tilden award which recognizes creativity, advancement and ingenuity in the field.

[RERELEASE] Exploring the Haunted History of America with Colin Dickey

Horses, Houses, and History in Saratoga Springs with Samantha Bosshart